My original plan was to go to Carhenge in Alliance, NE, which was very close to the totality center line. I arrived Sunday morning (along with thousands of other people!) and checked out possible camera angles at the time of Monday’s totality and came up with the composition you see below.

But, the forecast for Alliance on Monday was a 63% chance of cloud cover, and eastern Wyoming was just 4%. So I headed to Wyoming, without a specific Plan B. I arrived at Guernsey State Park, very close to the centerline, late Sunday afternoon, and there were already thousands of people in the park, and of course there were no overnight parking/camping sites left. I drove around the park which had cliffs overlooking a lake and figured I might be able to find a good view. They literally had hundreds of acres mowed and flagged off for Monday’s eclipse parking.

The next question was where to spend the night. I headed to a rest area off I-25, about 15 minutes west of the park. It was already packed, with people camping out, tailgating, and an overall party atmosphere. I managed to find a spot to park, and slept in the van. I got up at 4:00 a.m., and found the already crowded rest area population had probably increased 10-fold while I slept! The rest area was in the totality zone, so most of the people were watching from there. The road east to Guernsey State Park was not too crowded, but I noticed I-25 north, to Glendo State Park, was already red on Google Maps.

I arrived at Guernsey at 4:30, and was able to head to the northern most parking area, closest to the lake. The hundreds of acres of parking areas quickly filled up after that. The park estimated they had from 30,000 to 40,000 people that day, and they brought in military latrines for port-a-potties! I then walked to the edge of the lake a few hundred yards away looking for a good spot. Surprisingly only one other group of 4 guys came to the edge of the lake near me, and they were just shooting closeups of the sun, not trying to do a wide angle shot. So somehow, I found a spot with none of the other 30,000 or so people!!

Despite being about a quarter mile away from the crowd, at the moment of totality I could hear the crowd ooohing and awwwing. I made sure I took a few moments during totality to actually just look at it directly and not through the cameras. The lighting was very eerie, and gave me a strange feeling. I can see how ancient people would be very frightened!

Below is a composite leading up to totality

I also shot some pics at longer exposure to capture the earthshine on the moon, which is also below.

I am very happy with my wide angle shot, and feel this image accurately captured what it looked like during totality.

After it was all over I encountered the mother of all traffic jams! It took over an hour to travel the 4 miles out of the park, and then It took about 5 hours to travel the first 100 miles towards home. There were locals sitting in lawn chairs on some overpasses above I-25 watching the traffic jam and waving to the cars! 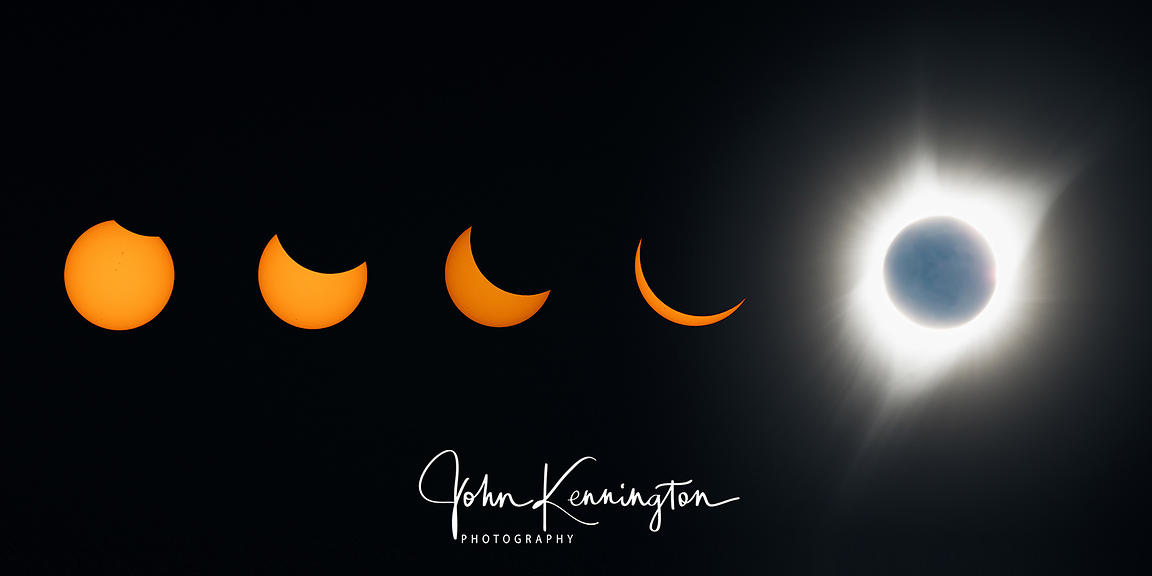 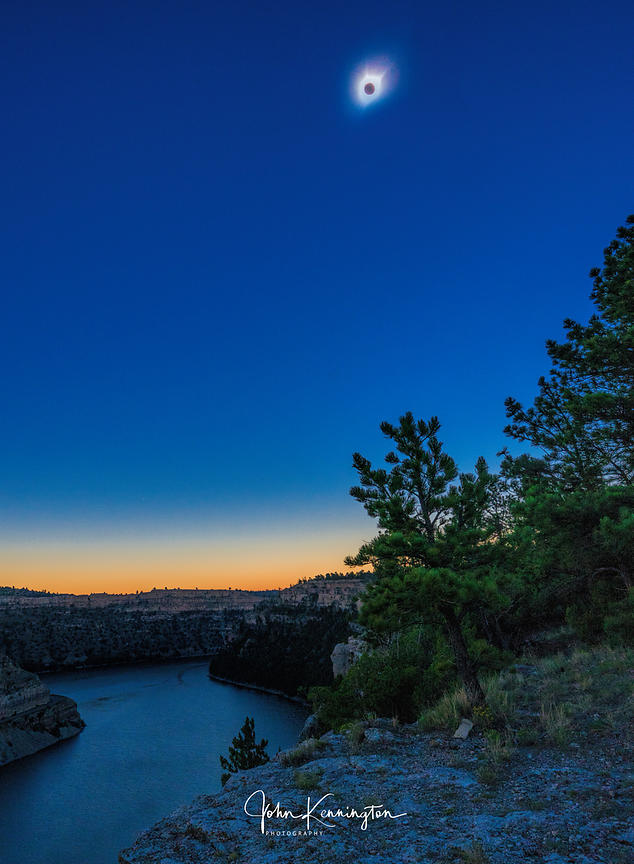 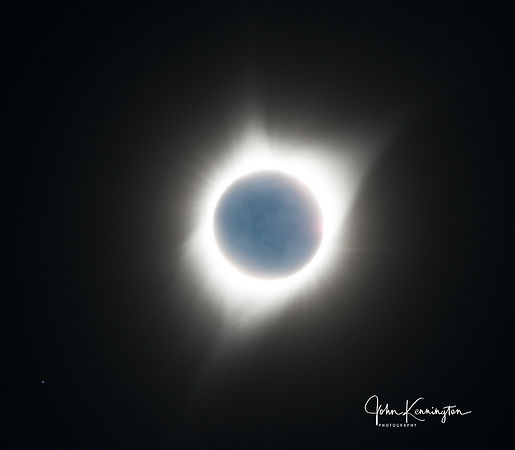 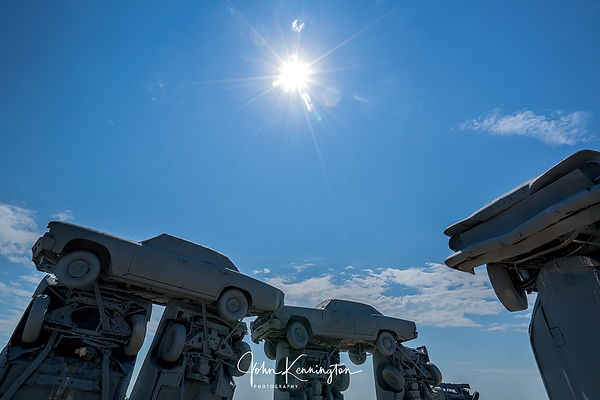